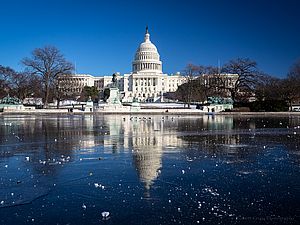 After taking a big hit in last year's budget, funding for Lake Champlain has been increased this year. Photo by Robert Cross on Flickr.

“We have invested far too much and for far too long in the restoration and preservation of Lake Champlain to walk back on that commitment,” Leahy said. “With new federal requirements forcing Vermont, New York and all of our Lake partners to make difficult decisions about how to maintain our ‘Great Lake,’ this federal support will go a long way toward preserving one of Vermont’s greatest natural resources for generations to come.”

Lake Champlain will also benefit from other portions of the federal appropriations. The bill includes federal support to address sea lamprey through funding for the Great Lakes Fishery Commission. There is funding for conservation programs administered by the U.S. Department of Agriculture, and for the EPA’s clean water revolving loan fund. Earlier this summer Agriculture Secretary Tom Vilsack announced $40 million in federal conservation funding for Vermont.