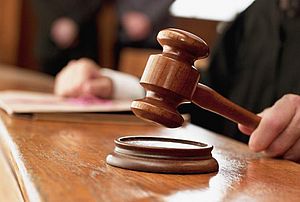 Water issues will get attention during New York and Vermont Legislative sessions. Photo by Chris Ryan.

The Vermont Legislature returned on January 4 with new faces and some changes in leadership. Mitzi Johnson of South Hero was elected Speaker of the House of Representatives and Senator Tim Ashe, representing Chittenden County, was elected President Pro Tempore of the Vermont Senate. Congratulations to them and good news for the Lake Champlain Basin, as there are now two leaders that understand firsthand the environmental impacts of the phosphorus pollution on the lake and the surrounding waters.

Things are off to a slow start, which often happens in a new biennium session. There are new members of committees that need to learn the topics in committee jurisdiction, the jobs and duties of the various agencies, and introductions to the leaders of those agencies.  Similarly, as Governor Phil Scott was just recently sworn in, he has new Secretaries and Commissioners of his agencies, including the Agency of Natural Resources and the Agency of Agriculture, Farms and Markets, who all have to learn about the duties and issues of their agencies. So, there is a bit of a learning curve all the way around.

Vermont Clean Water Act
Act 64, the Vermont Clean Water Act, was passed two years ago and LCC spent the last year involved in the process of drafting the agency regulations to implement the legislation. However, the Legislature left the Act woefully underfunded.  After many suggestions in several committees, ultimately a 0.2% Clean Water Surcharge on the Property Transfer Tax was added. The funding mechanism raises about $5 million per year, depending on property sales, well short of the $64 million needed annually. Moreover, the surcharge sunsets this year, so unless new revenue sources are enacted, even that amount will no longer available. A main goal of LCC this session is for the Legislature to fully fund the Act to provide the necessary revenue to reduce runoff from agriculture,  stormwater and roadways, upgrade wastewater treatment facilities, and provide greater natural resource protections.

On January 15, the Office of the Treasurer released its Clean Water Report with a wide variety of possible revenue sources and approaches for implementation. You can download a copy of the funding report here. While sources of the revenue are being debated, LCC has some specific parameters for the funding, including an element of 'all in,' meaning since everyone pollutes to varying degrees, everyone should pay to some degree, that the funding come from a stable source or sources to allow for future planning, and that the revenue has a significant nexus to the pollution source. Now it is up to the Legislature to decide the most appropriate funding mechanisms. Hearings on the funding began January 31 and legislation is expected within the next few weeks. Stay tuned as we will need water advocates contacting legislators in support of a robust funding program.

Tile Drains
Tile drains are a source of agricultural runoff that were not included in Act 64, but will be added to the regulation next year. In anticipation of this, two reports are due in January to assist in this process. On January 22, the Vermont Tile Drainage Advisory Group Report to the Agencies was released. LCC was part of this Advisory Group, along with farmers, academics and state officials. The Report presents a series of possible actions and recommendations the state agencies can take to curtail the impact of tile drains on our waterways, including mapping, monitoring, retrofitting older drain systems, technology updates for new systems, education, and installation requirements. The state agencies have a report due out at the end of the month and legislation is expected soon after.

Toxins
The Act 154 Chemical Use Working Group Report on Toxic Chemical Use in the State of Vermont was released on January 28. The Working Group was created in 2016 after the discovery of widespread contamination of perfluorooctanic acid (PFOA) in Bennington County to advise the Vermont Legislature of next steps to reduce human health hazards due to toxins. The Report is wide-ranging and recommends greater transparency and recordkeeping, strengthened planning requirements for businesses, improved coordination and collaboration among agencies, and restrictions on the use of chemicals that pose a risk to the public. Legislation is expected shortly in the State Senate.

New York Update
In his State of the State Address delivered on January 9, New York Governor Andrew Cuomo announced an historic increase in funding for clean water. His Clean Water Infrastructure Act of 2017 will invest a record $2 billion in water infrastructure across New York State. This will include improvements to wastewater and drinking water infrastructure, as well as measures to protect New York waterways.

With a goal to protect waters on a regional or watershed level, community-driven Source Water Protection Plans will be implemented. Funds will be dedicated to conservation of open space and development of green infrastructure, as well as funding for projects to reduce runoff. Additionally, municipal drinking water and wastewater systems will be upgraded with advanced treatment and filtration systems. All of these measures will have a direct impact on the health of the Lake Champlain Basin by reducing erosion and polluted runoff from nonpoint sources, as well as direct sources such as wastewater treatment facilities.

While funding has yet to be earmarked for specific projects, for the Lake Champlain Basin, this initiative could have far-reaching results in protecting and restoring lake health. The funding will be used to upgrade wastewater systems including possibly reducing sewer runoff and allowing for more highly treated discharge. Funds could also be used to construct wetlands to help filter out pollution and contaminants from water before it reaches the lake. The possible development of proper management practices will reduce erosion and runoff of manure and fertilizer, two major sources of phosphorus.  Overall, this initiative is an important step in fulfilling New York's obligation to protect and restore Lake Champlain.