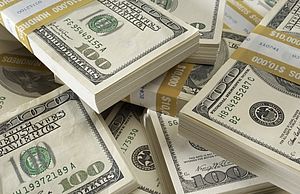 In July of 2013 LCC lamented that it might take at least six months before a study of invasive species barriers in the Champlain Canal at the southern end of the lake might begin. The delay has been significantly more than six months and it is now unclear when any study will begin. Back in 2013, delays were blamed on the U.S. Army Corps of Engineers, but they have since signed onto the project and the New York State Canal Corps now appears to be the impediment. Invasive species have triggered the greatest visible changes in the lake in recent years and pose the most significant threat to the lake's biodiversity.

"The barrier is a key tool in protecting Lake Champlain from additional invasive species," noted Lori Fisher, LCC Executive Director. "Of the exotic species whose origin to the lake is known, over 60 percent entered via canals, particularly the Champlain Canal. Zebra mussels, Eurasian watermilfoil, water chestnut and white perch all came through the Champlain Canal and many more species are poised to join them." The Hudson River has over twice as many exotic species as Lake Champlain; the Great Lakes host nearly four times as many.

In the fall of last year, the New York State Canal Corporation submitted a project cooperation grant agreement proposal to the US Army Corps of Engineers with $200,000 in local match provided by the Lake Champlain Basin Program (LCBP). The Champlain Canal Barrier Feasibility Study is a proposal to investigate a hydrologic barrier between locks 8 and 9 on the Champlain Canal in order to separate the Hudson and Champlain drainage water to prevent the movement of aquatic invasive species across watersheds. Once the project begins it's still expected to take two years to complete. The Canal Corps has yet to accept the LCBP money and no further action was taken at their May 18 meeting.

The New York State Thruway Authority, which contains the Canal Corps, was hit with a spate of resignations late last year. On New Year’s Eve the Executive Director and Chief Financial Officer resigned. A few days prior to the resignations they had passed a 2015 budget with a multi-million dollar shortfall. In January of this year, Governor Cuomo appointed a new executive director, board chair, chief financial officer, and general counsel. At the Thruway Authority meeting on May 18 the newly constituted board amended their budget and closed the gap with a loan from the state and no toll increase.

The massive staffing transitions have led to reconsideration of previously agreed to projects. Among these is the Champlain Canal invasive species barrier, even though the entire required local match for the project is already available from the Lake Champlain Basin Program. Meanwhile invasive species like the round goby and hydrilla sit within the canal system working their way toward Lake Champlain. Please urge your Assembly member, State Senator, and Governor Cuomo to pressure the Canal Corps to move this project forward.