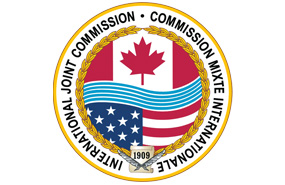 Following the record-setting lake flooding of spring 2011 the International Joint Commission (IJC) appointed a Workgroup to recommend studies of measures to mitigate flooding and the impacts of flooding in the Richelieu River and Lake Champlain Basin. That group recently released a draft report which outlines three options for examining the problem and recommends the most comprehensive of those options, $14 million worth of studies.

The Workgroup will hold three public meetings to hear comments and opinions on the subject. The first two meetings are set for 7:00 - 9:00 PM on Monday March 11 at the ECHO Lake Aquarium in Burlington and the Hampton Inn & Suites in Plattsburgh. The third meeting will take place from 7:00 - 9:00 PM on Tuesday March 12 at the Hotel Relais Gouverneur in Saint Jean-sur-Richelieu, Quebec. Comments may also be submitted to the IJC website (where you can also find the draft report), and the comment period is open until March 18. Please show up at the public meetings or write to the IJC and tell them that you do not support any studies that would further steps toward lake level regulation.

The Workgroup plans to finalize the draft report by the end of the month. The final report will be delivered to the International Joint Commission at their April meeting in Washington D.C.

The Workgroup has done a thorough job of evaluating questions that flooding raised and proposing means to answer them. Every option included an assessment of current floodplain regulations, as LCC requested. In no option did the Workgroup recommend structures to regulate the lake level. LCC has long opposed lake level regulation, and has made that opposition clear throughout the development of the current plan of study. However, in every option the Workgroup suggested a study of current social and political perceptions of structural and other mitigation measures. The depth of the study increased from Option A through Option C.

Option A, the most basic option, would cost $5 million over three years, and would evaluate the causes and impacts of past floods including 2011, assess the possibilities offered by the best possible flood plain management practices, provide an indication of benefits associated with flood forecasting and real-time mapping, evaluate adaptation strategies for climate related changes in water supply, assess public perceptions of different flood control strategies, and develop a hydrologic model for the lake.  Option B would cost almost $11 million over five years. It would include Option A and add additional studies on wetlands and fauna, and more detailed investigations of mitigation measures, both structural and non-structural. It would also include a more thorough assessment of how wind and waves exacerbated flood damage. Option C would cost $14 million over five years and would include all of Option B plus still more wetland and fauna studies and more detailed looks at mitigation measures.

Even if all the proposed studies are completed, there is no surety that any suggested changes would occur. In that light, the Workgroup's recommendation of a $14 million dollar study to address an unprecedented flooding event is excessive. A more limited scope of investigations, a subset of Option A perhaps with some pieces from B, that addressed only the most critical questions would offer a better return on investment. Studies that lead us closer to lake level regulation should be avoided.

Proposals for lake level regulation have been put forth before. Between 1973 and 1981 the IJC debated whether to regulate the level of the Richelieu River and Lake Champlain to address shoreline flooding in Quebec. An IJC-appointed engineering board agreed that regulating water levels could reduce flood damage, but they disagreed on the environmental affects that would occur. The IJC continued their investigation until January of 1981. The Lake Champlain Committee, with the support of Dr. Stockton Barnett of SUNY-Plattsburgh and other scientists compiled extensive evidence that artificially manipulating lake levels would have costly economic and environmental impacts. Ultimately the IJC released an equivocal report that suggested that lake level regulation was feasible, but the question of whether it was desirable should be left to the governments of Canada and the United States.