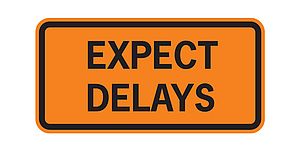 The Army Corps is notoriously slow in developing and implementing projects. The Champlain Canal is a disappointing example of their glacial pace. It’s been almost a year since the invasive spiny water flea was found in the Canal. It has taken that long for the Army Corps and the New York State Canal Corps to figure out what they need to study before they can erect any barriers to spreading the species to Lake Champlain. Reports are that it could take another six months before the actual studies begin, despite the availability of $200,000 through the Lake Champlain Basin Program to conduct the work. There is no telling how long it might take to get around to building a barrier. A compounding factor has been the redirection of Army Corps staff to deal with recovery from Hurricane Sandy, but the reaction to an invasive species in the Canal has been anything but rapid. Tell your Senators and Representative to let the Army Corps know the delays are unacceptable and they should move quickly to prevent the spread of invasive species to Lake Champlain.