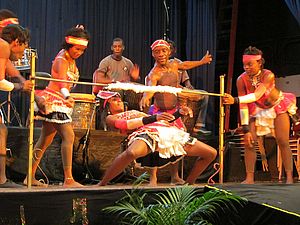 The EPA has put forth an ambitious pollution budget for Lake Champlain (the TMDL). In some places that budget is too ambitious, calling for reductions that just aren’t realistic. That was the message from LCC at a public meeting in South Burlington.

The most egregious problem is the plans call for a 60% reduction of phosphorus loading from forestlands around part of the South Lake. Phosphorus loading from forestland is essentially the background loading that would be expected in the absence of any human influence. A small reduction from improved forestry practices might be feasible and the plan calls for a 5% reduction for most lake segments, but there are no measures that could lead to a 60% reduction.

In the Missisquoi Bay Basin the plan would require an 82.8% reduction from agricultural fields. It is impossible to see how we could meet such an incredibly lofty goal without most of the farms simply ceasing to exist. While the pollution budget and associated implementation plan acknowledges that some farms may need to be bought out, there is nowhere near enough attention to this possibility to achieve an 82.8% reduction. Even with massive buyouts, the fields would still generate phosphorus, but they would just be placed in a different land-use category.

The challenge with unrealistic budget numbers is they set us up to fail. If farmers achieve a very laudable, very difficult, very expensive reduction of 40% of phosphorus loading, they would be criticized for not doing enough. “It's like telling a kid in little league there's no sense in playing baseball if you're not headed to the hall of fame. You just end up with a screwed up kid,” said LCC Staff Scientist Mike Winslow. “That’s just not a smart way to conduct public policy.”

LCC’s critique of the budget is not a critique of the policies proposed to implement the budget. The State of Vermont has proposed strong actions to improve many facets of water quality. They need to be supported and encouraged. But they will not achieve the phosphorus loading targets in EPA’s budget.

EPA’s pollution budget fails to provide realistic loading numbers for the most impaired lake segments. In pretending that the numbers they put forth are achievable they are missing an opportunity to foster a larger, more difficult conversation about what Lake Champlain can achieve.