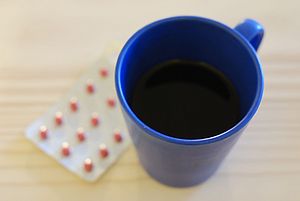 On February 12th, the US Geological Survey publicly released a report on the presence of a variety of man-made chemicals in the streams and wastewater that discharge into Lake Champlain. The chemicals found include pesticides, fire retardants, fragrances, detergent degradates, and caffeine. Chemicals were found at extremely low concentrations, measuring a few parts per billion, and concentrations were highest in waters released by sewage treatment plants, combined sewer overflows and small urban streams. The lowest concentrations were in larger rivers, an undeveloped stream, and the lake. The Lake Champlain Committee raised the possibility that such chemicals were in the lake in 2002.

“The USGS report, "Wastewater Effluent, Combined Sewer Overflows, and other Sources of Organic Compounds to Lake Champlain," is published in the Journal of the American Water Resources Association. The abstract is available online.” For more information on new generation contaminants in Lake Champlain, read LCC’s  May 2008 Lake Look “Mildly Caffeinated”.