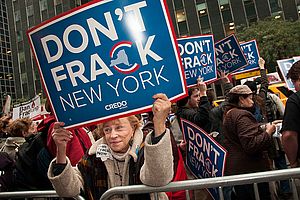 Cuomo cited concerns about health risks in announcing his decision. Acting New York State Health Commissioner Dr. Howard Zucker presented the result of a five-year study on the health impacts of fracking to the Governor. Zucker identified worries about water contamination and air pollution. He stated that he would not want to live in a community that allowed fracking.

Vermont banned fracking in 2012, a move for which the Lake Champlain Committee actively lobbied. New York has substantially more potential natural gas reserves that could be tapped through fracking than does Vermont.