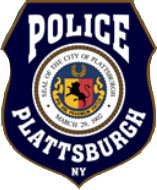 A new drug drop box is now located at the City Police Department on 45 Pine Street in Plattsburgh, NY. Graphic from Plattsburgh Police.

Plattsburgh New York residents can safely dispose of expired, un-used or unwanted medications thanks to a new drug drop box located at the City Police Department on 45 Pine Street. The drop box was initiated by Plattsburgh Police Chief Desmond Racicot and Lt. Pat Rascoe after they saw one displayed at an international police chief’s conference earlier this year.

Proper disposal of pharmaceuticals is garnering attention as communities struggle to combat prescription drug abuse and protect waterways from contamination. Leftover medicines should be removed from medicine cabinets to avoid ending up in the wrong hands. They should also never be dumped down the toilet or the drains as they can pollute water systems. Federal, state and local authorities have teamed up to host drug take-back days to help people safely dispose of medications. Plattsburgh is one of the few communities in the region with a permanent drug collection site.

“The drop box is open 24/7,” said Poice Chief Racicot. “Plattsburgh residents can walk into the police station any time to dispose of unwanted pharmaceuticals, no questions asked.”

The drop box was put in place in early August and quickly filled with almost ten pounds of unwanted prescriptions (excluding packaging) in its first weekend of use. The Department now receives about ten pounds of medications each week. The site is under continuous monitoring. The collected phamaceuticals are tracked and disposed of at an incineration facility in compliance with federal and state environmental and drug enforcement procedures.

For Police Chief Racicot, establishing the drop box is about ensuring a safe community. “Statistics tell us that 70% of prescription drug abusers are getting pills from friends and family”, noted Racicot. “But we also don’t want medications ending up in the lake. When people drop unused pharmaceuticals in the drop box they are safely and properly disposed of and kept out of the community and our waterways. It’s a win-win for everyone, a win for law enforcement, a win for the environment, and a win for people with unwanted prescriptions.”