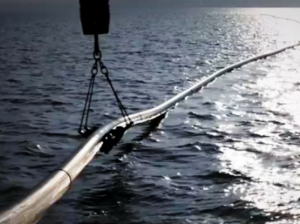 In 2015 the Vermont’s Public Service Board approved a $1.2 billion utility transmission project from Canada to Ludlow. TDI New England, the project proponent, plans to build a 1,000-megawatt direct transmission line that will feed the southern New England power grid. The line will be placed under Lake Champlain from the Quebec border to Benson, Vermont before running overland to a converter station in Ludlow. TDI anticipates permitting the Vermont line will take until mid-2016, with major construction beginning in 2018. If the project moves forward, then the line is anticipated to be carrying power by 2019.

This is the second power line that uses Lake Champlain which has been approved for TDI. The first will run along the New York side of the lake and deliver power to the New York City grid. That project has already received approval from the New York Public Service Commission, the federal Department of Energy, and the Army Corps of Engineers. The line is expected to be in service in the fall of 2017.

A third power line is being proposed by Anbaric Transmission. This line would enter the lake near Beekmantown, New York and travel underwater to Kingsland Bay in Ferrisburgh, Vermont before emerging and travelling overland to a converter station in New Haven, Vermont. This line would carry 400 megawatts of electricity generated from wind farms to feed the New England grid. The company believes the line could be in-service by 2019 or 2020, but it has not yet received necessary permits.

In response to advocacy from LCC and others, TDI has established environmental mitigation funds in recognition of the irrevocable impacts that their projects cause. For the line that runs to New York City, the fund will provide $177 million to be divided between the Hudson River and Lake Champlain. For the line on the Vermont side of the lake they offer $263 million for cleaning up and improving Lake Champlain and its tributaries and $109 million for a state renewable energy fund.